PICK A TOPIC, any topic.

This felt like one of those sit downs with Stephen Kenny where there was something for everyone in the audience.

As tends to be the case at this time of year, with the English Football League season having just got underway and the Premier League about to begin on Friday, there was no lack of subject matter.

If anything, there were too many bases to cover in any great detail.

In no particular order, Kenny spoke about losing first-team coach John Eustace and plans for a replacement; Aaron Connolly’s move to Serie B and the candour about his struggles as the “forgotten man of Irish football”; how Nathan Collins would deal with being the most expensive Irish transfer in history following his £20 million move to Wolves; the fighting spirit of Matt Doherty; and how Kenny’s son Eoin, who represented Northern Ireland at U18 level last week, did so with his blessing as he’s “his own man.”

Buried within all this, Kenny also admitted how he feared losing the chance to become senior manager while U21 boss at a time when he opted to blood teenagers like Collins, Troy Parrott and Jason Knight who were still eligible for U19 level.

“It was a risk because if I had not done well as U21 manager I may not have got the senior job,” he said in one wide-ranging answer, acknowledging that the succession plan that had been arranged for him to take over from Mick McCarthy could have been derailed.

“You know the way things happen. You can’t be sure. In life you can’t be certain.”

All this at one of the FAI’s Intersport Elverys Summer Soccer Schools in Tullamore, before he even had the chance to broach the topic of Jurgen Klopp seemingly being miffed that Caoimhin Kelleher returned to Liverpool’s pre-season training camp carrying a groin injury, which he said was picked up at some point while featuring in Ireland’s four Nations League games in June and had been played down by the FAI’s medical staff.

“Yeah, Caoimh felt something after the international game and everybody, the medical department there, told him it’s fine and will be good after holiday,” Klopp told the club website last week. 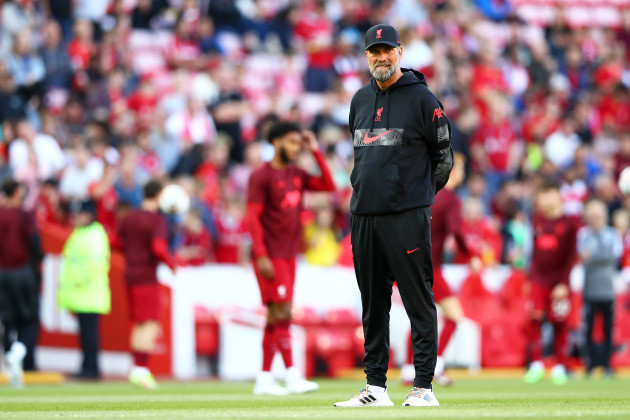 “He came back and first training, felt it again. We checked it and it was not good so I think Caoimh will be another two, three weeks and then he should be fine.”

While Klopp doesn’t quite point the finger of blame at the Ireland set-up for sticking with an injured player for an intensive 10-day period of fixtures, the words from Anfield did raise eyebrows.

“It caught us by surprise I must say,” Kenny admitted.

“I actually wasn’t aware that he was injured [while in camp in June], to be honest with you. If he had been injured, he would have been out of training or not training.

I’d have comfortably played Mark Travers because he really excelled in the training camp and it looks like he has come up a notch again. If Caoimhin wasn’t right, I would have selected Mark with full confidence. That was a surprise to me to see that [from Klopp].

“I’ve no spoken to him (Kelleher) personally but I was under the impression he had an injury that would keep him out for a short period.”

With the Liverpool manager indicating that Kelleher will be out of action until later this month, and Gavin Bazunu set to be Southampton’s first choice following his £12 million move from Manchester City, not to mention Travers being established at Bournemouth ahead of another top flight campaign , Kenny admitted there is no guaranteed starter between the posts.

“It gives him a strong opportunity, and Mark also at Bournemouth. It’s interesting to see.”

Kenny is considering attending Southampton’s opening game of the Premier League season on Saturday away to Tottenham Hotspur, who may or may not start with Matt Doherty after a pre-season which has seen him fight for fitness and manage 60 minutes against Roma. 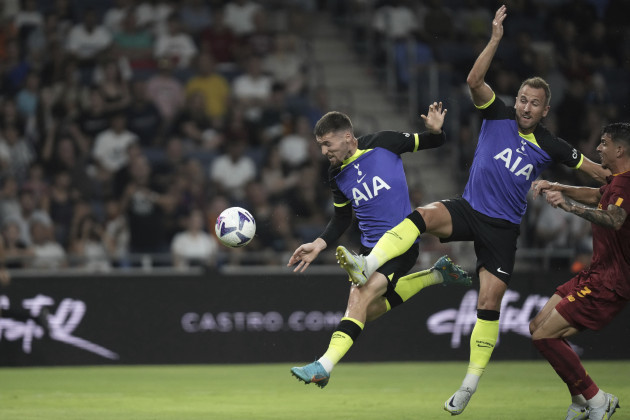 “He’s shown a capacity to fight for his place. When he went in first, he’d a period where it wasn’t not working for him at Tottenham, there talk of him moving to other clubs,” Kenny said.

When I was speaking to him, that was never on his mind. He was very determined for it to work there. He fought hard to regain his place. He’s an important player for us. Hopefully he’ll get a run. It would be great for us if he did.”

Get closer to the stories that matter with exclusive analysis, insight and debate in The42 Membership

Collins’ move to Wolves means Ireland will have another Premier League performer this year, although despite it being an Irish record – £20m – Kenny insists the defender still has work to do oust those already at Molineux.

“The question, will the transfer fee be burden on Nathan? I don’t think so. He is not guaranteed to play at Wolves. It is very competitive with Conor Coady an English international, and Max Kilman has been in the England squad.

“Willy Boly is there as well so he has to earn the right to play, but I am sure over the season he will play a lot of games.”

That provided a segue into discussing Connolly’s situation, the young forward leaving Brighton on loan for Venezia in Serie B. He spoke openly last week about his struggles and need to get away from England in order to kick-start his career.

“Aaron has a lot of talent, a lot of good attributes. We’re all learning and can’t be certain of anything. You can’t close the door on anyone, especially someone who is only 22 and has his best years ahead of him,” Kenny said.

“When he was playing in the U21 team and broke through initially into Brighton’s first team, Mick [McCarthy] picked him in the senior team after his two goals against Tottenham.

“He was a brilliant dribbler. You could play him off the left and he would turn people inside out, he could dribble quickly and accelerate into the game. That didn’t seem to be part of his game anymore, his ability to dribble.

“He maybe just fell out of love with the game a bit, he said that. He spoke about his work rate and ability to press but they are all things that can be rectified. He just needs to find a team that he can flourish in, but it’s not easy.

“Hopefully he can rekindle his love for the game and he can flourish because he is still very young.”